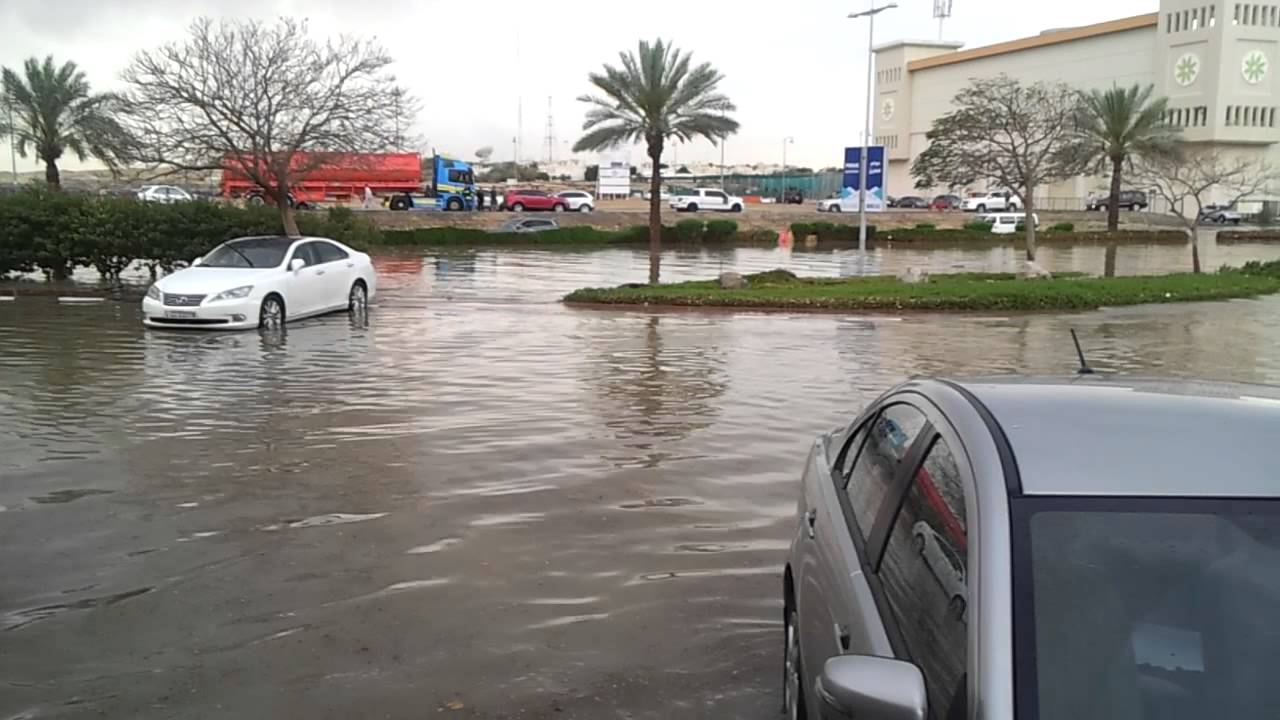 With the onset of the winter, windy and rainy weather has become a common occurrence in Dubai. The city is affected by a moderate instability in weather. While grey skies prevail with thundery rain clouds and strong winds, poor visibility in-land continues to bother travelers. This morning, Dubai wakes up to heavy rains.

Dubai witnesses heavy rain, lightning and thunder in the early morning. The lowest temperature recorded today in the morning was 11.4 °C in Jebel Jais. Perhaps, there was a substantial decrease in the temperature, with the lowest reaching 20°C and highest 27°C. On Sunday, the highest temperature recorded was 36°C. According to weather forecasters, temperatures are expected to continue to decrease throughout, with cloud cover lessening by the end of the day.  The maximum humidity will be 65 to 85% across coastal, 60 to 80% in interior regions and between 45 to 65 % in the mountains. 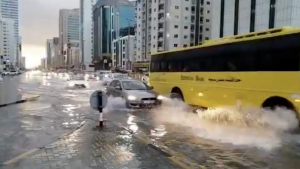 According to the National Centre of Meteorology or NCM, the country will be affected by the extension of the surface low pressure over most areas of the Arab Peninsula and Arabian Gulf, associated with low pressure in the upper air causing instability condition starting by today evening. Convective clouds will form Eastward by the afternoon, and clouds will increase gradually toward the West especially over the sea and islands during the night with a probability of rainfall. Rainfall is forecasted to be heavy in Ras al Khaimah, Jebel Jais, Fujairah, Al Dhaid, Al Ain, Sweihan, Al Ruwais, Mezaira and Dalma island. Winds will blow with a speed of 20 to 30, reaching 45 Km/hr at over the sea causing blowing dust over exposed areas.

Beach Goers Warned of Waves up to 12-feet High 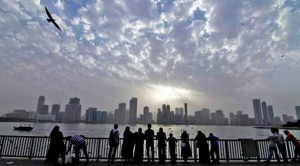 However, NCM, has warned sea-goers of very rough seas in the Arabian Gulf owing to strong south-easterly to north-easterly winds. Wave height is expected to be between 4 to 6 feet and peaking up to 12 feet until 11 am tomorrow.

Roads Flooded and Schools to be Closed

Last night, heavy rain and thunder hailed over parts of Dubai and the wet and rainy weather continued in the morning. Strong winds and thunderstorms battered parts of the city and the police sent text messages to residents to “not step out due to the bad weather”. Owing to poor visibility in-land, authorities have urged all motorists to drive carefully as roads were experiencing heavy traffic. Added to this, KHDA had announced last night that schools would remain open and school buses would travel. As Dubai wakes up to heavy rains, some schools announced closures. 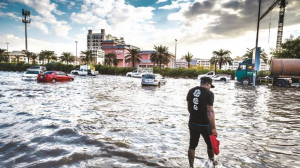