With National Day around the corner, experience Dubai at its most festive with cultural festivals, parades, live performances, traditional cuisines and splendid fireworks. From exploring the Emirate’s rich heritage to shopping the city’s amazing National Day sales at top shopping destinations like The Dubai Mall, Mall of the Emirates and City Walk, the city has much to offer to celebrate 46 years of Emirati unity and excellence.

History of the UAE National Day

Al Yawm Al Watani or the UAE National Day is celebrated on 2 December. The holiday venerates the United Arab Emirate’s formal nationalisation from the British Protectorate Treaties when this British treaty expired on 2 December 1971. This eventually led to the federal unification of six sheikhdoms – Abu Dhabi, Dubai, Sharjah, Ajman, Umm Al Quwain and Fujairah in the former Trucial States in 1971 and Ras Al Khaimah, in 1972 to unite and form the modern-day country UAE. Sheikh Zayed bin Sultan Al Nahyan was the first President of the federation.

His Highness Sheikh Zayed bin Sultan Al Nahyan served as President of UAE since the formation of the Federation on 2 December 1971 and as Ruler of Abu Dhabi since 1966. Well known as a visionary leader and a statesman par excellence, he was an epic figure who loved his citizens like his children and did whatever was required for their welfare.  As a ruler of Abu Dhabi, the largest and richest of the seven emirates owing to its large oil reserves, Sheikh Zayed made sure that all the other emirates enjoyed unity and independence. So he put the oil wealth to best use and established a modern and state-of-the-art infrastructure for the country. Today we see sustainable growth and prosperity in UAE due to the foundation laid by Sheikh Zayed. He has left a rich legacy which is visible in the modern and stable UAE.

“This is Zayed. This is the UAE”

This year UAE will celebrate the 47th UAE National Day on Sunday 2nd December 2018 at Zayed Sports City Stadium, Abu Dhabi. To commemorate 100 years since the birth of late Sheikh Zayed bin Sultan Al Nahyan, the father of the nation, the celebration is named “This is Zayed. This is the UAE”. It coincides with the Year of Zayed and will venerate the progress and development of the UAE in 47 years.

Dubai rejuvenates with the spirit of the union as it draws near to the historic celebration of the UAE National Day on 2nd December. Special concerts, cultural programmes, magnificent fireworks and light displays, luscious traditional cuisines, striking shopping deals and exclusive stay packages add to the festivities. Join the celebration and experience the festive spirit and hospitality of Emirati culture.

More than 22,000 spectators will witness this historic celebration that comprises stunning performances, inspirational readings, variety of visual light effects and stunning digital art. To depict the love and appreciation to the UAE’s founding father’s wisdom and devotion to human development, the National Day festivities will mainly showcase UAE’s rich cultural heritage, its diverse present and its exhilarating future. It will feature the Royal Philharmonic Concert Orchestra fused with traditional musicians, in an entirely original composition and with a cast of hundreds of musicians, the show will be a once in a lifetime, a memorable homage to the UAE’s founding father Sheikh Zayed and his amazing legacy. 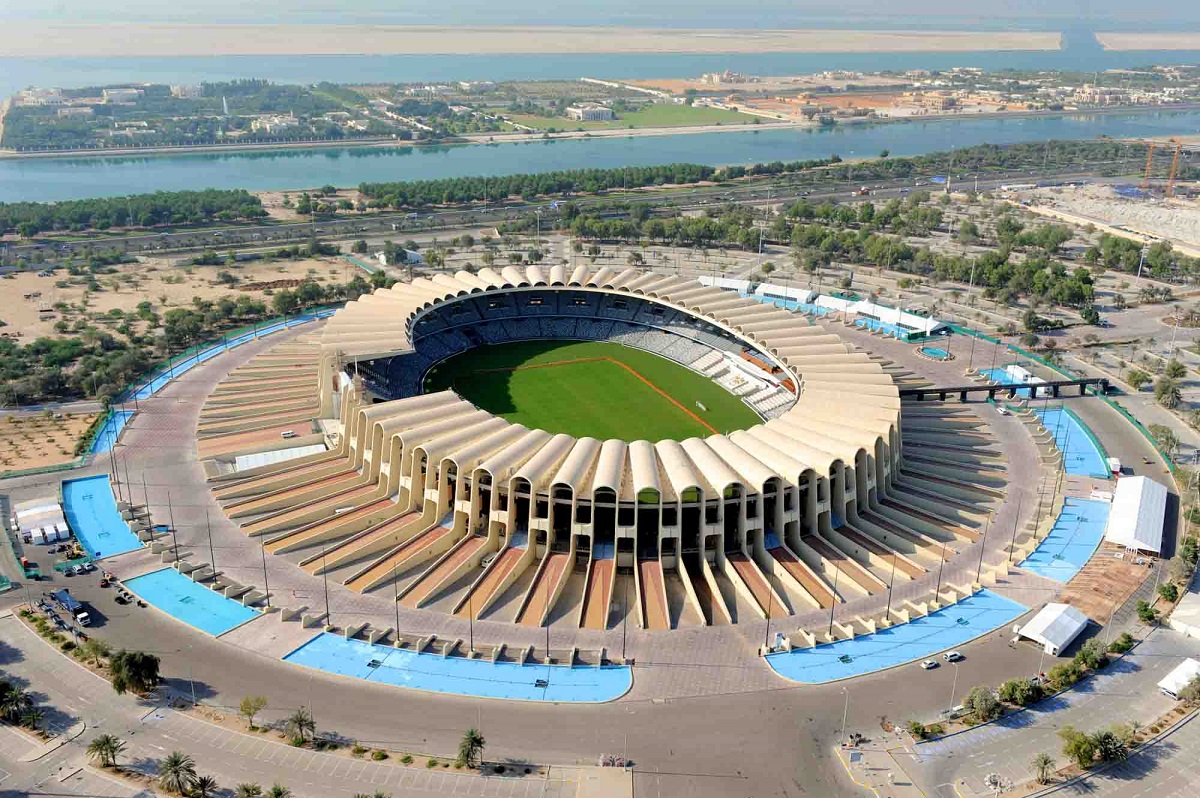 Well known for their annual National Day Celebrations, there’s plenty going on across Dubai Festival City for the 46th National Day celebrations. As well as flypast jets and live entertainment, there will be two fireworks shows at 9pm and 10.30pm on Saturday December 2. 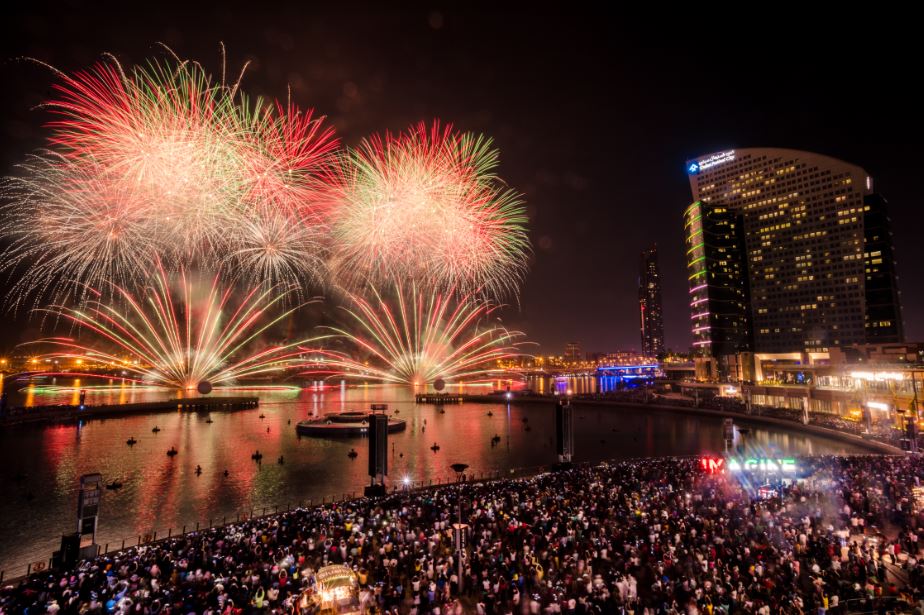 Witness the new Light and Sound Show come to life on National Day weekend! Apart from live cultural performances, a spectacular light and sound show projected across the Pyramids building will be the highlight of the National Day celebration at Wafi Mall. 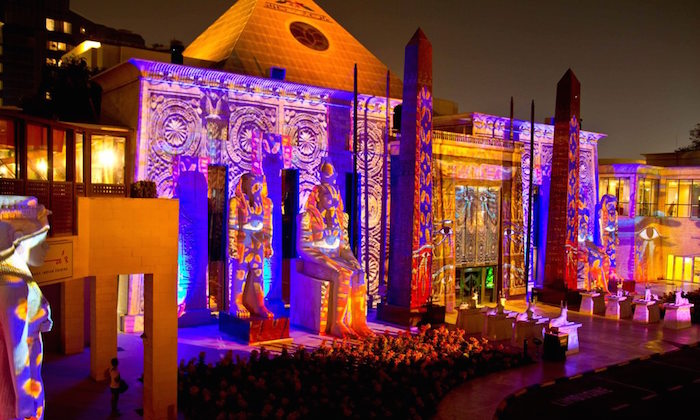 It continues to be one of the emirate’s most popular attractions. Even though the Global Village puts on a bi-weekly fireworks display every Thursday and Friday, you can expect a much bigger show on December 2nd.

One of the most spectacular buildings in the world, the Burj Khalifa fireworks in Dubai is the biggest and most colourful display on the National Day every year.

Kids can splash about in the children’s waterpark in Jumeirah all day and night as part of National Day celebrations that run until December 3. They can slip and slide on splash pads and enjoy performances by stilt walkers, jugglers, dancers, LED light shows and a mermaid show. Not to forget the splendid fireworks display to complete the celebration!

If artefacts in museums are not your cup of tea, then learn all about Dubai’s transformation from a small fishing community of bedouins and pearl divers in the 1800s to one of the world’s most modern metropolis with some music and dance at a showing of Amazing Dubai – the first English musical about Dubai at Madinat Theatre.  Whether you’re just a tourist or a long-time resident, Amazing Dubai is both informative and enjoyable. 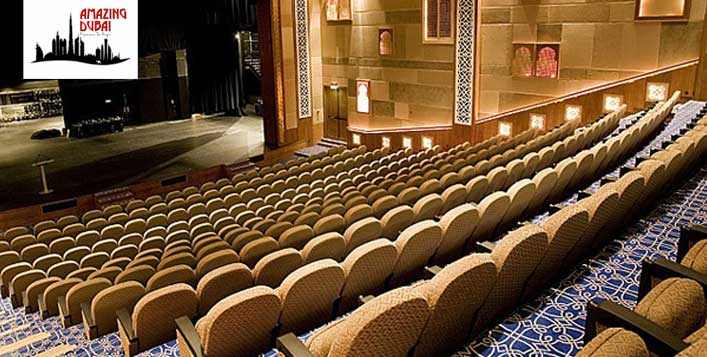 The newly inaugurated beach front spot in Jumeirah will host an evening of fireworks and cultural activities on the eve of UAE National Day. It gives patriotism a millennial twist with a workshop for kids to create their own National Day-themed gadgets. There will also be performances by a Emirati band and a fireworks display until December 3. 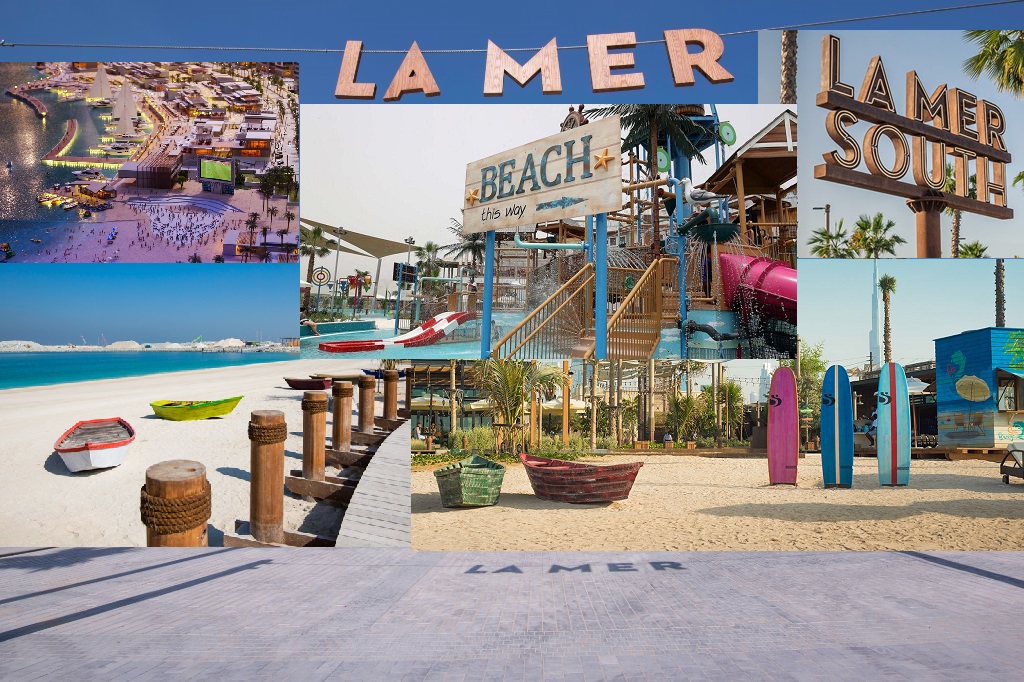 On the auspicious occasion, Dubai Mall will roll out the red carpet, offering visitors the opportunity to watch stunning performances by a traditional band at the Souk Atrium and also to enjoy Arabic coffee. Visitors will be offered giveaways including a booklet of vouchers, scarf and souvenirs.

The main atrium is the centre of attraction. It will feature a patriotic VW Beetle decorated in the UAE colours and a vertical display of 1,000 camel soft toys that can be won in a social media competition There’s also a UAE-themed tent where you will be treated to Arabic coffee, dates and henna painting; until December 2.