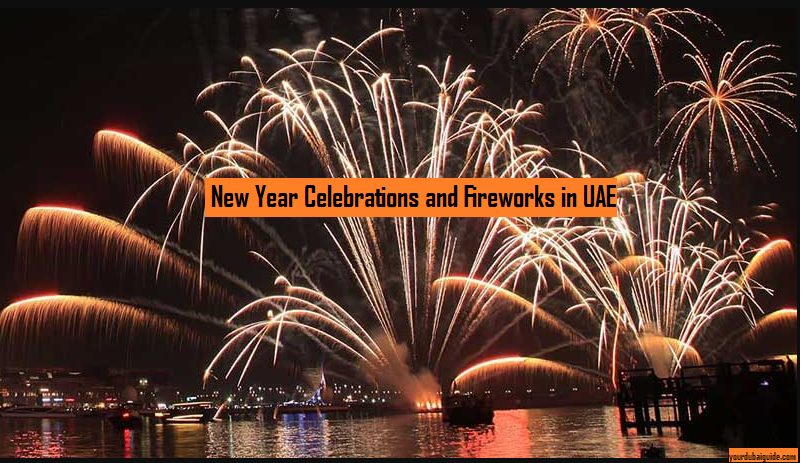 The spectacular fireworks, synonymous with New Year’s Eve celebrations in Dubai, are all set to light up the sky at the stroke of midnight. Having set world records in the past, it is undeniable that the city becomes a much greater tourist attraction as New Year’s Eve draws near, with international visitors flocking to town to witness the show-stopping pyrotechnics. So if you want to wrap up the year with a massive celebration, join in the Dubai New Year celebrations witnessing the spectacular fireworks marking the good times ahead and welcoming the New Year in a magical way.

While the last New Year’s Eve witnessed a different kind of celebration at Downtown Dubai with a light show instead of the traditional fireworks display owing to safety measures, it was on popular demand that the fireworks spectacle is returning again to light up the UAE’s most iconic landmark.

The most spectacular New Year’s Eve parties are ones organized in Dubai. Their extravagant arrangements are capable of accommodating and hosting millions of visitors every year. The dazzle, the NYE fireworks, the laser show, the performances of the superstars bring such an unparalleled dimension to these parties that is unimaginable by any other host countries. Dubai has so much to offer that you will be bound to come here year after year to experience New Year celebrations.

Dubai’s dramatic skyline and the sparkling Burj Khalifa Tower will literally take your breath away. While fireworks return as the centrepiece to Dubai’s New Year’s Eve celebrations, it will be complemented with several amazing new elements along with the water-music performances at The Dubai Fountain. Special viewing platforms will be set up across Downtown Dubai. Added to this, the event will also be broadcasted live globally and beamed on big screens in Downtown Dubai. 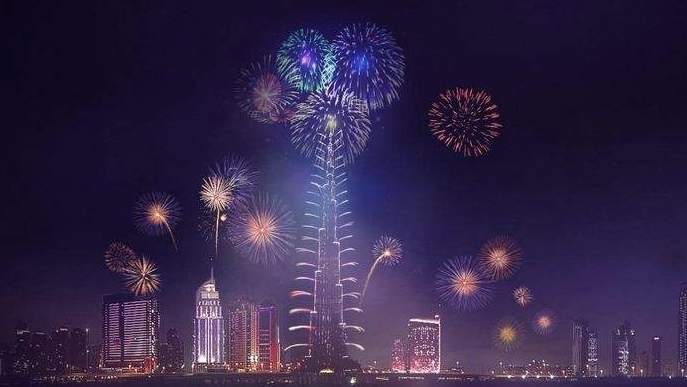 Want to run away from the crowds but still enjoy the spectacle of Dubai’s New Year’s Eve fireworks? Board one of the luxury yachts and glide along the Dubai creek. Relish a buffet dinner while cruising the Arabian Gulf, followed by dessert in the lounge. From the top deck, see the fireworks light up the night sky and Dubai’s landmark buildings. The Dhow Dinner Cruise is one of the most romantic and spectacular experiences during the Dubai New Year. Along with the midnight cake and champagne, you also have the beautiful company of the night sky and its dazzling fireworks.

Looking for a New Year’s Eve with a difference, move to the desert for a Bedouin-style celebration. From sand dunes and sunset views to a colourful evening lined with activities like belly dancing, barbecue dinner and henna painting – you can welcome the New Year in the most traditional manner with a remarkable desert safari experience. And yes, the night will definitely be lit with a fireworks celebration. 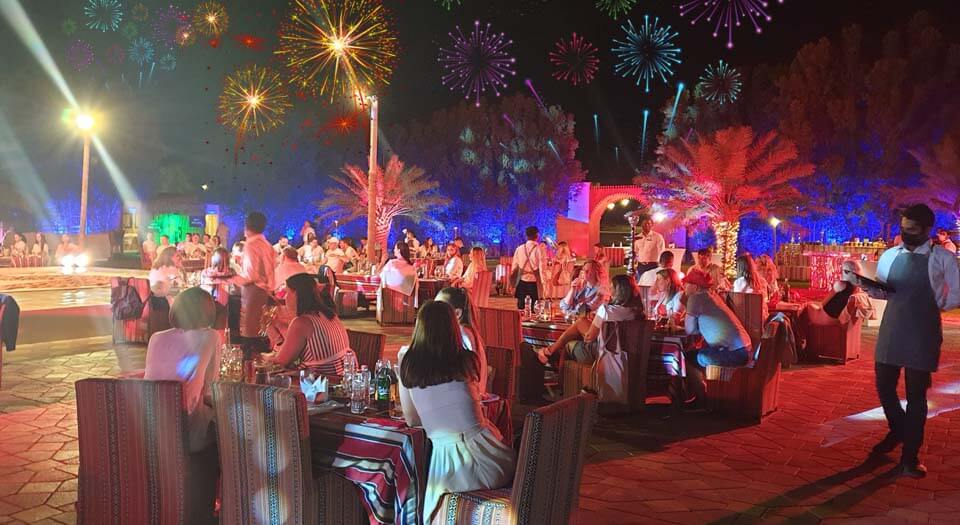 Zero Gravity will be the show stealer this New Year’s Eve. The al fresco beach club’s festivities will have a fairground theme with different zones offering alternative themes, with intriguing names including Helter Skelter, Ritual and SuperNatural. With music playing live by British DJs Jax Jones and Sigma, you can dance through to morning.

For a memorable New Year’s Eve, splash out on the luxurious Royal Gala at Atlantis, The Palm – one of Dubai’s most sought-after venues for New Year celebrations. Atlantis will go all out with their NYE celebrations with worldwide cuisine on the table, live shows from famous performers to make it a night to remember. Then, as the countdown to the New Year begins, a dazzling display of fireworks will happen at Nasimi Beach. 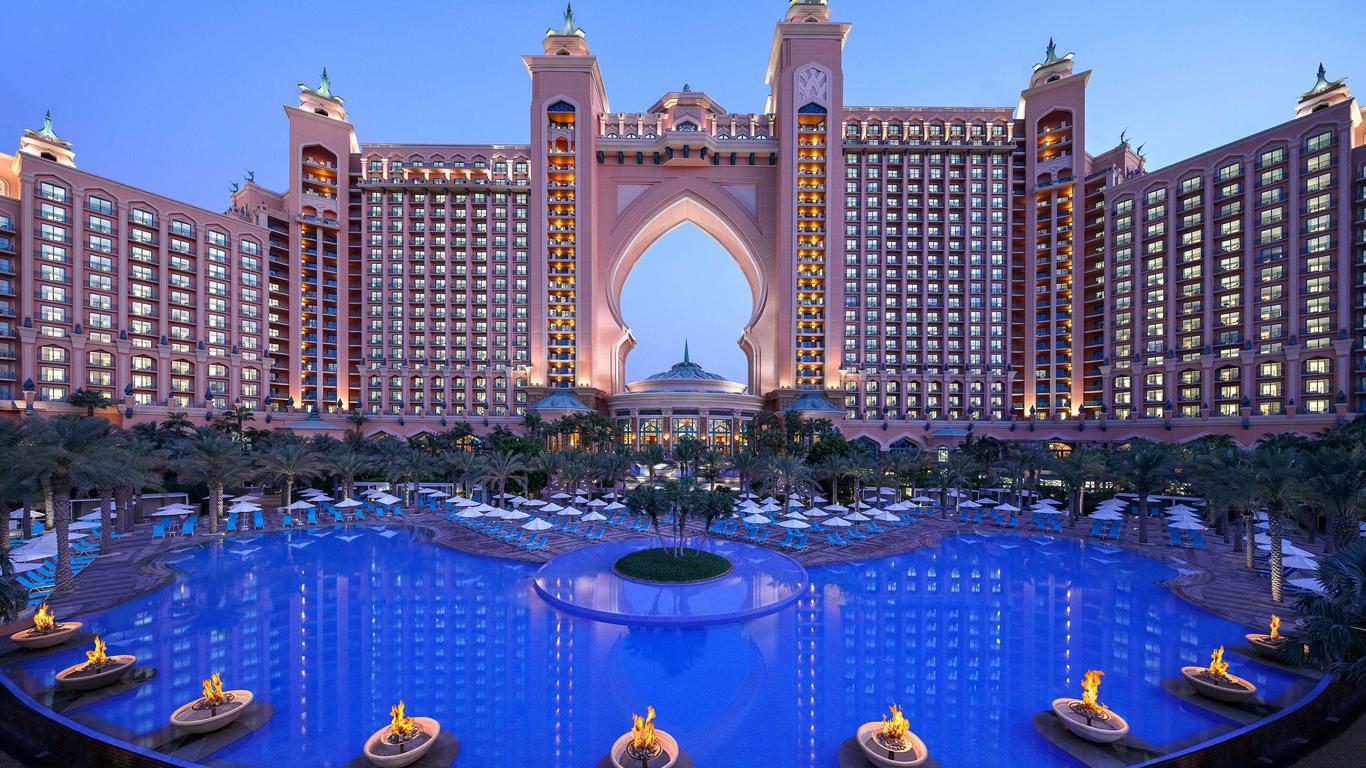 From live performances and celebrities to fireworks and amazing food, there is no better way to celebrate New Year’s Eve in Nasimi Beach. It is one of the oldest celebrations for New Year’s Eve in Dubai. The dance, the nonstop music, the pop singers of the top rank, the crowded beach, the party along the Atlantis The Palm is an impossible to forget experience. Added to this, the dazzle of the fireworks in the sky above the sea is incredible indeed!

With the dawn of New Year’s Eve, all eyes will be on Dubai’s most luxurious hotel, Burj Al Arab. This year too, the ultra-luxury hotel will be putting on its traditional fireworks display for the arrival of 2019. Visible from practically anywhere along the Jumeirah coastline, you’ll also be able to dine at eateries along Madinat Jumeirah.  It is a brilliant alternative for those who find the Burj Al Khalifa to be a crowded affair and for those who want to be dazzled to the next level. One of the best places to view the fireworks show at Burj Al Arab is Umm Suqeim Park, in front of Dubai Police Academy, Jumeira beach, and Madinat Jumeirah. 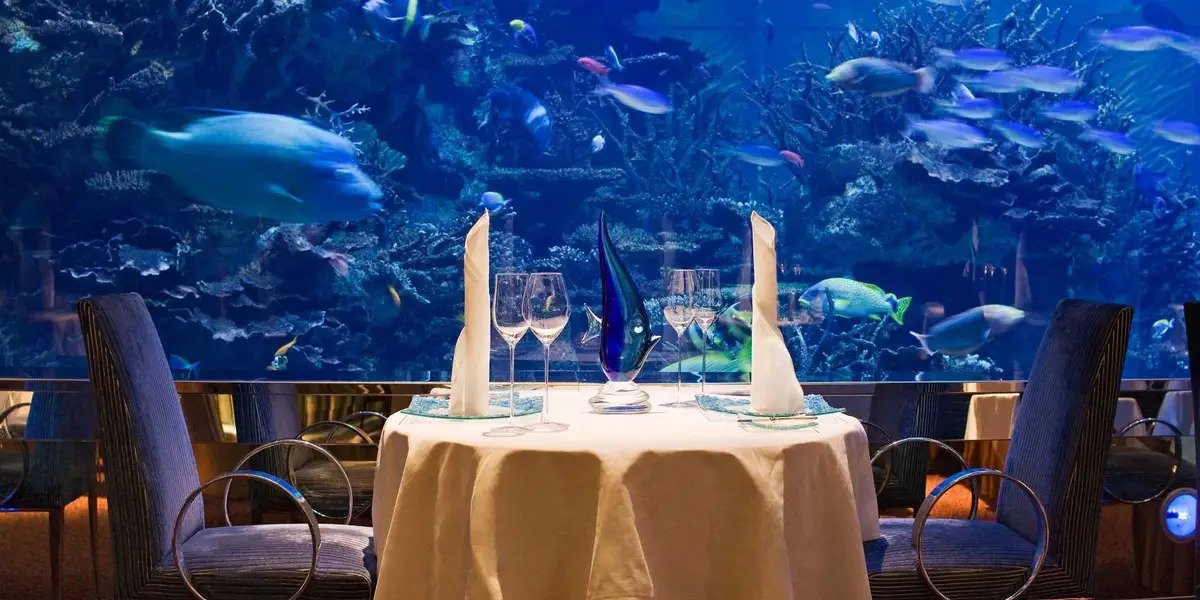 Palm Jumeirah, the whole archipelago will light up to celebrate the arrival of 2019. This year Atlantis The Palm is the place to be to check out the monolithic fireworks display. Here, fireworks take the shape of a palm with so much beauty and splendour that it becomes hard to believe that you’re on earth. It is the perfect place for those who want to ring in the New Year with a bang. 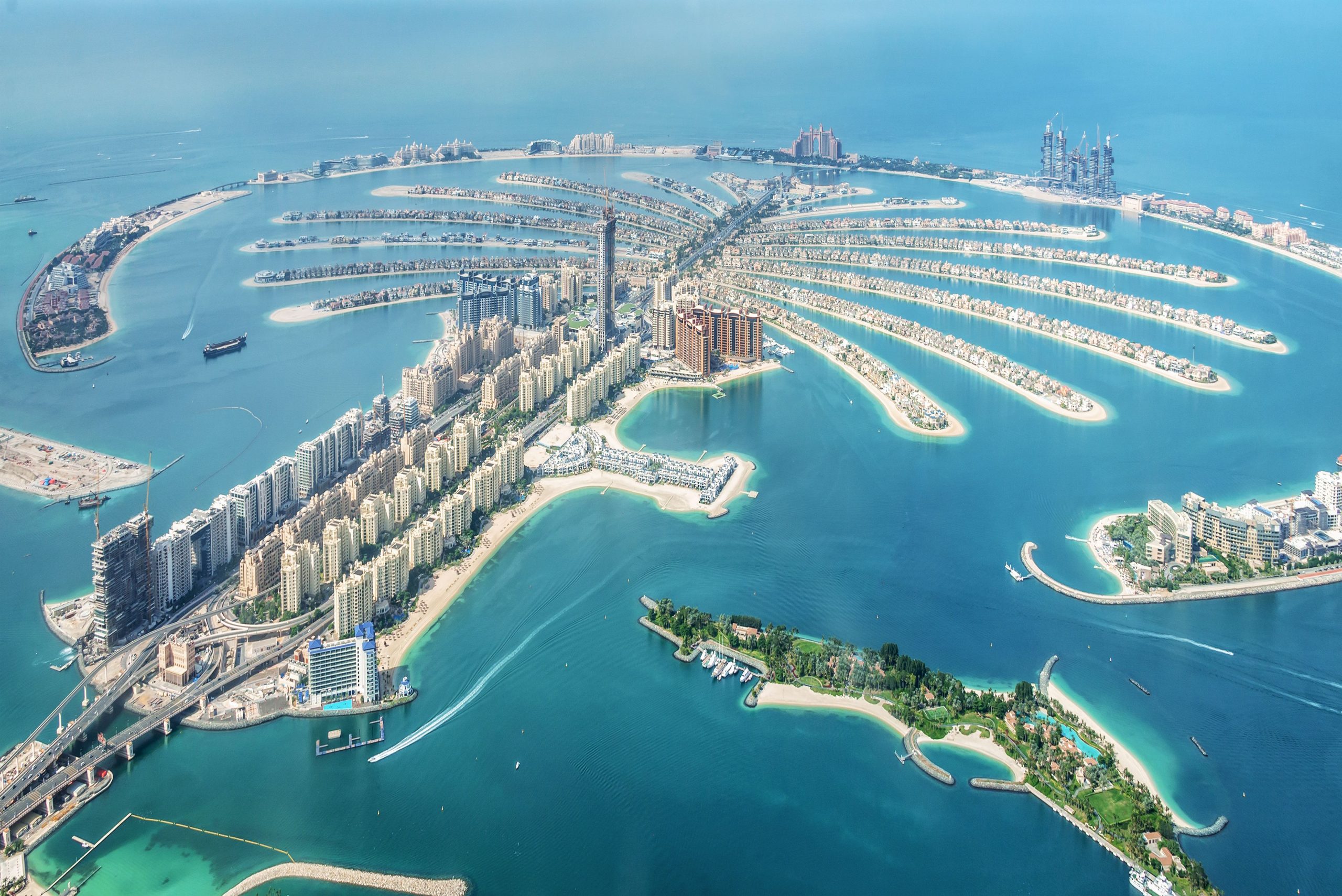 Experience the best of both worlds – a fine dining experience and a lively party atmosphere. Arabian resort Qasr Al Sultan, adjacent to Dubai Parks and Resorts, is throwing a gala dinner this New Year’s Eve, complete with a spectacular fireworks display. As well as the dinner buffet, there will be live entertainment from an international band, traditional Arabian singers, and dancers. 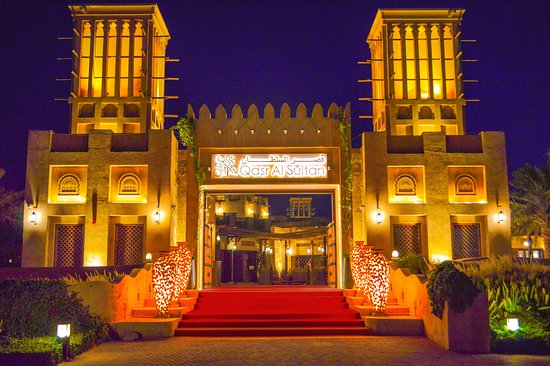 Global Village in Dubai is located on Sheikh Mohammed Bin Zayed Road E 311 road Dubai. It combines cultures of 90 countries across the world at one place. It claims to be the world’s largest tourism, leisure, shopping and entertainment project. 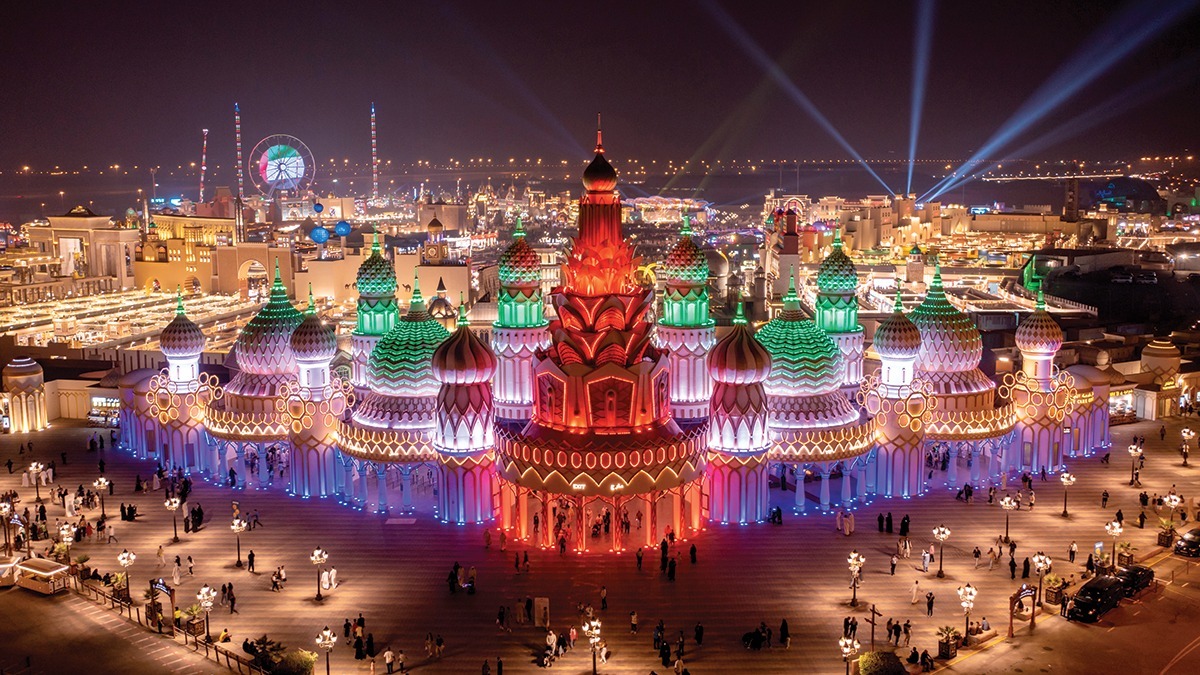 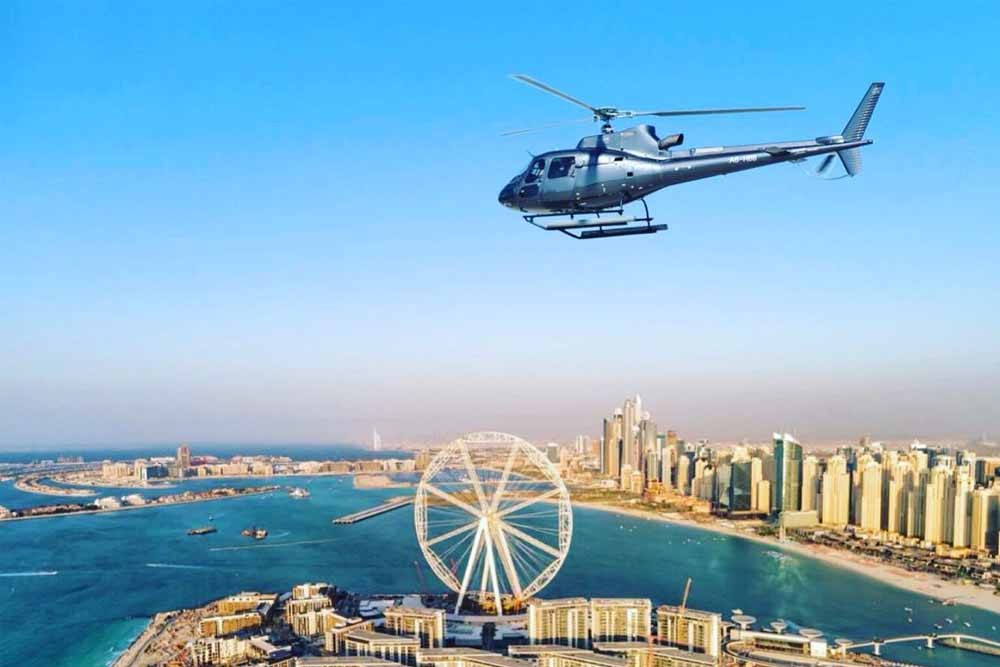 Dubai Opera is a 2,000-seat, multi-format, performing arts centre, which is located within The Opera District in Downtown Dubai. It was developed by Emaar Properties to host a variety of performances and events including theatre, opera, ballet, concerts, conferences and exhibitions.

Dubai’s malls and shopping destinations come to life from 15 December 2021 – 30 January 2022, when shoppers will find unbeatable deals on everything from fashion and jewellery to electronics and accessories. The world’s biggest shopping festival isn’t just about searching for bargains and shopping till you drop but also getting a chance to become a millionaire. Throughout DSF you can participate in Mega Raffles where Dh150000 in cash prize is up for grabs every single day. There’s also a line-up of thrilling entertainment, such as firework displays, fashion shows, and live concerts. The bay will light up with fireworks at 9pm, 10pm and 11pm and a grand finale show at midnight to welcome in the New Year. 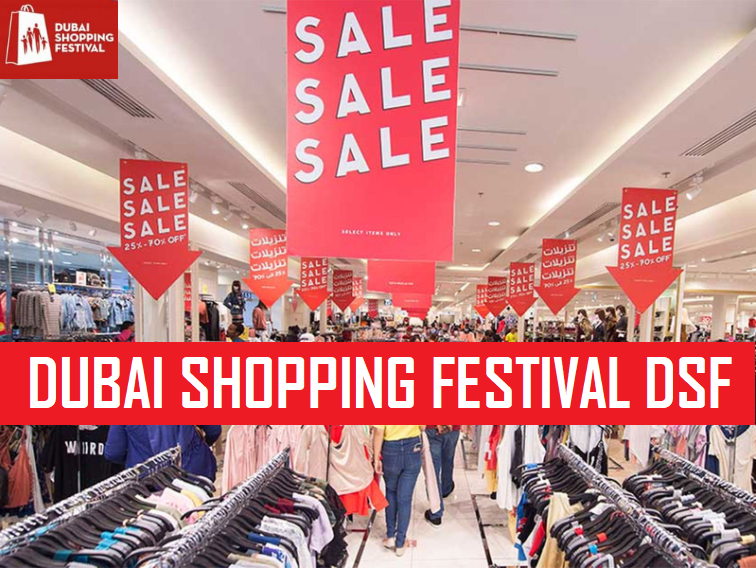