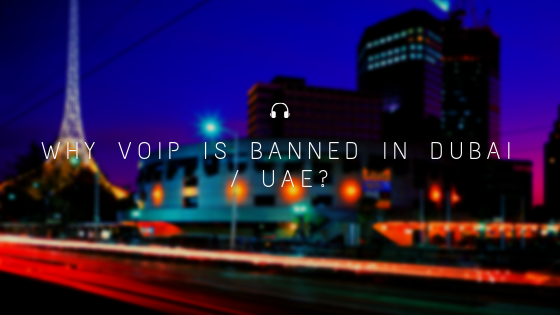 VOIP is not banned outright in Dubai / UAE. According to the Telecom Regulatory Authority unauthorized usage of VOIP is banned in Dubai / UAE. Meaning operators licensed to use VOIP can continue operations in Dubai once they get approval from the TRA.

Regarding Skype, the most popular VOIP voice and video calling app, Microsoft announced in September 2018 that they are in discussions with UAE telecom officials to open Skype up to UAE residents.

In a statement released last week to The National, a Microsoft spokesman said: “We are passionate about the benefits that Skype offers to our users around the world by facilitating communication and enabling collaboration.”

Skype was first blocked in the UAE in January, with UAE officials citing concerns over the security of Voice over Internet Protocol (VoIP) services such as Skype or WhatsApp video calling.

While Skype calls are banned, the telecom operators in UAE have provided customers with a way to use the video calling facility (VOIP) by means of using their own apps: BOTIM and C’ME. These apps come with a monthly subscription of Dh50 per month and are available on both IOS and Android platforms. The users on the other end should also be using the same app to make and receive calls and it is free for them to use.