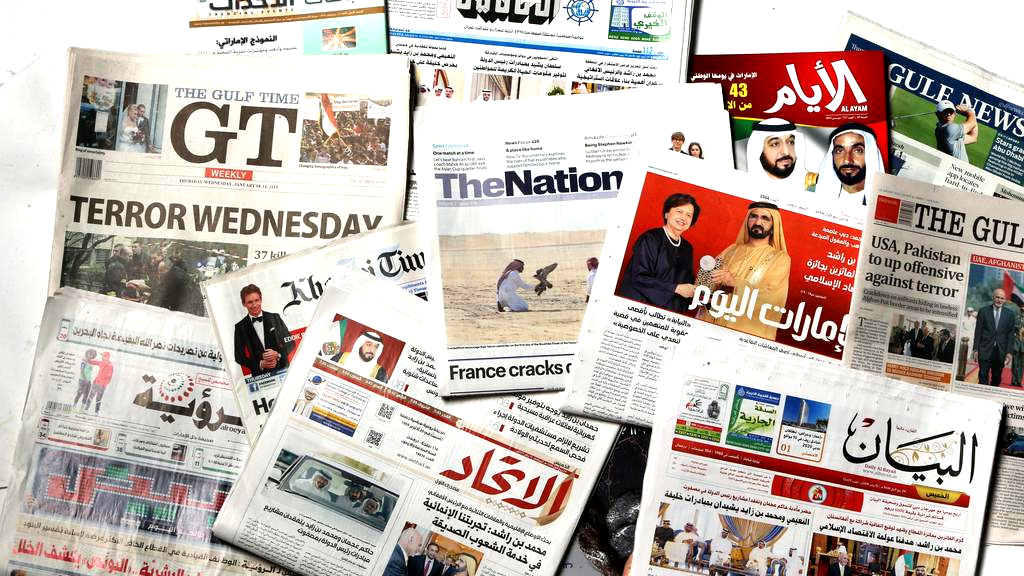 Dubai and UAE has multiple newspapers published that are being served to the people. In recent times, a few of the newspapers have run out of business, while others have popped up to take their place. Let’s examine the list of newspapers.

Gulf News is UAE’s leading print and web newspaper.Gulf News was launched in 1978 as a Tabloid and was later acquired by Al Nisr Publisjing in 1985. Initially published as a free newspaper, it was charged at Dh1 for retail purchase starting 1986.

The first English daily newspaper in the UAE, Khaleej Times has come a long way since it was launched on April 16, 1978. Being published in Dubai, this English daily has evolved with the times and stands out in its news coverage. KT is more popular in the Asian expat community and continues to be the longest running English daily of the UAE.

It is Abu Dhabi Media’s first English-language publication. Known for setting a new standard in quality journalism, The National has quickly earned international recognition  for its in-depth editorial coverage and balanced reporting. Also, it has been awarded extensively for its design, photography and video work. No doubt, it appeals to business leaders and decision makers.

UAE’s largest Filipino newspaper! As the name relates, it’s the biggest digital platform for Filipinos in the emirate providing all important and interesting news, entertainment, and business coverage from the Philippines, the UAE and across the Gulf region.

The popular business magazine of the emirate! Arabian Business is focused on the Middle East and is published weekly in both English and Arabic languages. As the name relates, it covers all diverse business news. For instance, manufacturing, construction, banking, trading and technology.

Print as well as Online editions shut down in 2016 citing challenging business environment.

Shut down in 2011 and absorbed into Gulf News.

Newspaper shutdown in 2010 and became an online only publication.