The RTA has stated that all golden visa holders would be able to obtain their driver’s license in Dubai without having to take any prior lessons or receive any prior training or education. 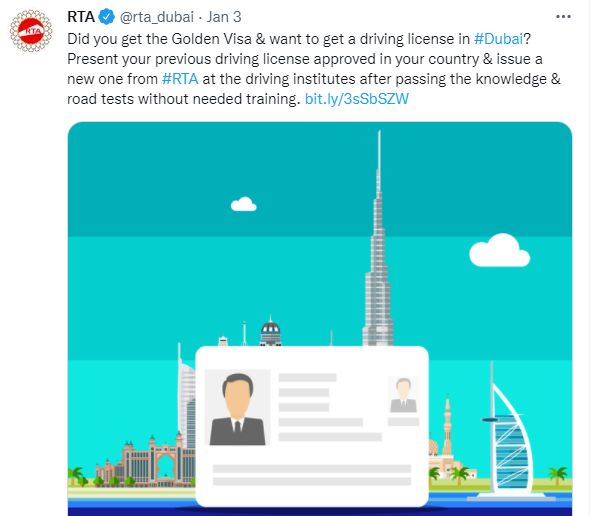 “After completing the knowledge and road exams, you must present your old driving license that has been accepted in your country and RTA will issue you a new one,” the body tweeted on Monday.`

According to the RTA website, holders of Golden Residency can obtain a Dubai-issued driving license if they present the following documentation to the authority:

Since the program’s inception, more than 44,000 citizens of Dubai have acquired the Golden Visa, according to the most recent figures available.

A wide range of individuals, such as investors, entrepreneurs, special talents, and researchers in a variety of sectors of science and knowledge, as well as bright students, are eligible to apply for the visa.