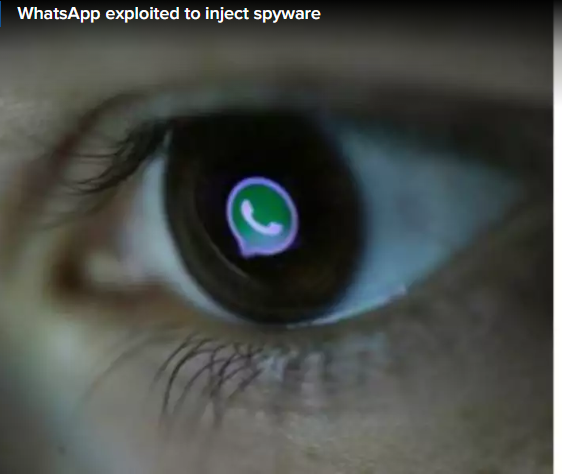 This alert has been sent to all users across the globe after WhatsApp was hacked by Pegasus, a surveillance software developed by Israeli firm NSO. It allowed attackers to remotely install spyware onto phones by simply calling them on WhatsApp. The malicious code is inserted via a voice call even if the recipient didn’t answer his phone, and the call would disappear from logs. The hackers succeeded in installing the spyware on both Android and iPhones by making WhatsApp calls to the users.

Who was behind this attack?

The spyware was developed by the Israeli cyber intelligence firm NSO Group which is headquartered in Herzliya. NSO is an Israeli technology firm which focuses on cyber security. Originally founded by Israeli general Avigdor ben-Gal, the firm has maintained very close ties with the Israeli government and its security forces. It has been reported that before the NSO can sign a contract with a foreign government, the deal has to be approved by the Israeli government. Thus, NSO has often acted as a diplomatic and cyber surveillance tool of the government.

What is Pegasus Spyware?

The NSO is behind a spyware product called Pegasus. The spyware allows operators to take full control of a target’s phone. It not only allows them to switch on a phone’s camera and a microphone, but also to retrieve private data. Dozens of users’ phones were hijacked remotely.

It has urged users to upgrade to the latest version of the app. Not only that, it has asked people to keep their mobile operating system upgraded too to protect against potential targeted exploits designed to compromise data stored on mobile devices.

Why do I need to update WhatsApp?

To be safe from a recently discovered attack via WhatsApp calls.

What happens if I don’t update?

You run the risk of being affected by attackers taking advantage of flaws in the older version.

What is the potential threat to my device?

Call logs and messages can be accessed and stolen remotely.

How big is UAE for WhatsApp?

WhatsApp has 7.84 million users in the UAE