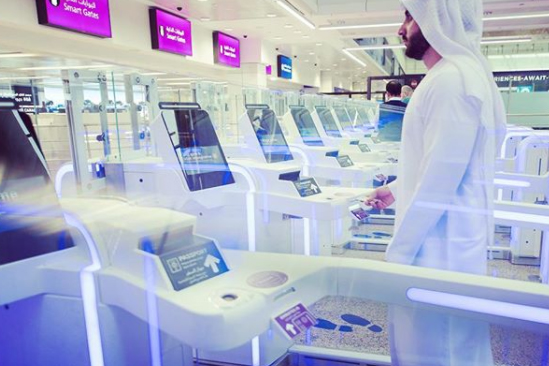 Dubai Airport’s Terminal 2, where most of the low cost airlines such as Fly Dubai, Air India Express and others fly to, now has 18 smart gates installed. With the smart gates system, now the passengers at the terminal can clear immigration in as little as ten seconds.

Out of the 18 gates, 10 are in the arrivals section and eight are in the departures section of Dubai Immigration. The smart gates eliminate the need to check-in with a passport control officer, as the gates are equipped with facial recognition software.

Travellers can use the following documents at the smart gates:
1. Biometric passports
2. Emirates ID
3. Smart phones with the UAE Wallet Application. (How to use UAEWallet)

According to Gulf News, 2.6 million passengers have already used the smart gates since January. So we can only expect that number to increase faster with the new gates now in place.