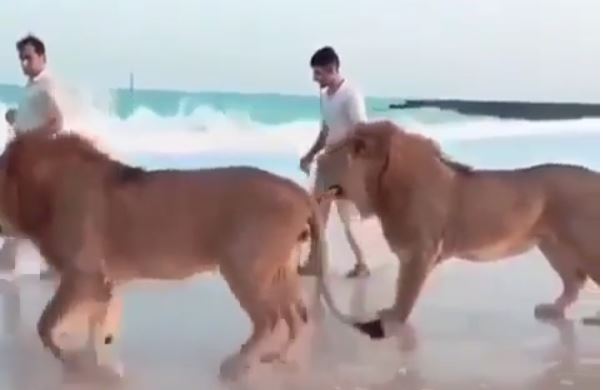 In a shocking video that is circulating online on social media, two persons who appear to be care takers are walking two large lions on the beach in the water with Burj Al Arab in the background. The video became a viral sensation on international social media channels.

The authenticity and the background of the video remains unverified.

Under law of UAE, it is illegal to keep wild animals as pets.