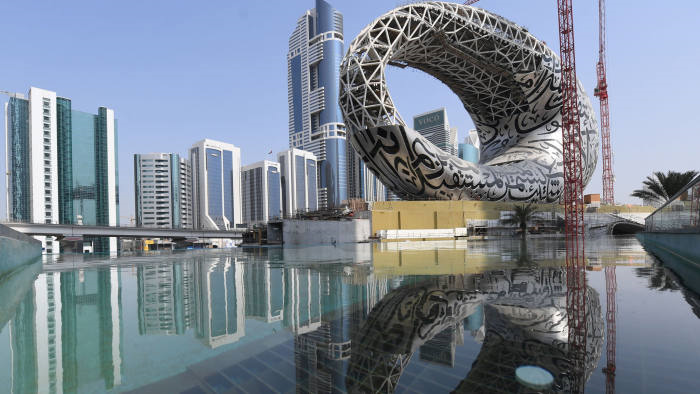 Dubai Council has announced that it has set up a AED 1bn Dubai Future Economy fund to support entrepreneurs and companies that can drive Dubai’s future and economy.

The Future economy fund will have provisions to provide affordable housing for entrepreneurs at fixed monthly rents of AED 3000 per month in District 2071. Area 2071 is located in Emirates Towers. It is expected that District 2071 should be setup nearby. Further details are awaited and will update once we get updates.

Dubai Ruler Sheikh Mohammed bin Rashid Al Maktoum announced the plans during a Dubai Council meeting. The Dubai Future District will connect DIFC, Emirates Towers and the Dubai World Trade Centre by a bridge and will be the largest future economy focused district in the entire middle east. It will house a research centre, incubator and accelerator for start ups.