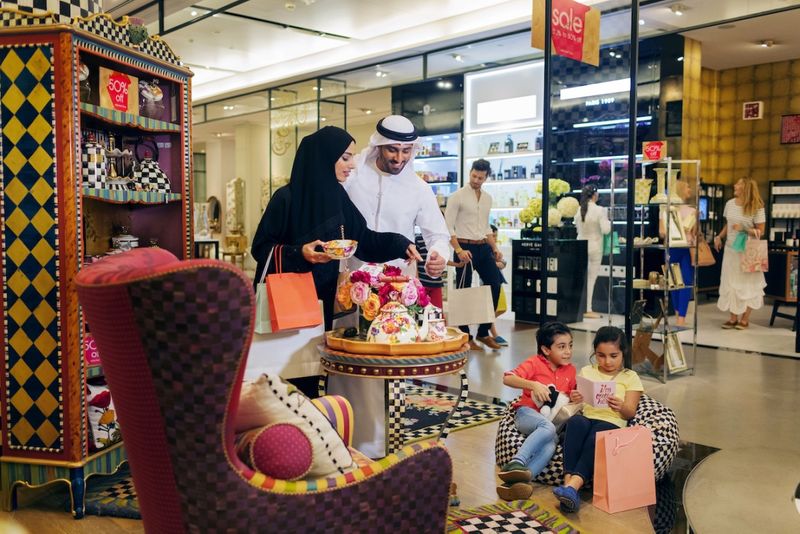 Hold on to your hats! Summer is here and as we’re inclined to beat the heat by wallowing like a hippo in a temperature-controlled pool for the next few weeks, there’s one thing that will certainly lure you out of the aquatic hibernation. Dubai Summer Surprises is back. Get ready to shop till you drop, as a massive 12 hour sale kicks off today. The major shopping bonanza begins today with a whopping 90 per cent discount across all Majid Al Futtaim malls. Until August 3, Dubai’s annual citywide celebration will usher in six weeks of sales, retail experiences and city-wide attractions. With a calendar full of activities for families, couples and kids of all ages, Dubai is certainly the place to be this summer.

Visitors can avail a discount of 25 to 90 per cent off from noon until midnight on June 21 at all participating outlets. During the 12-hour promotion, shoppers can take home not only their purchases but also free giveaways and exclusive buy-one-get-one deals offered by select stores.

The flash sale takes in nearly 120 brands across categories such as fashion, jewellery, homeware and electronics. Here are the ones we are most excited about.

Reduced ticket rate of Dh199 is offered between June and August.

For the first time ever, Kids Rock will come to Dubai Festival City Mall. And along comes a host of famous stars from PJ Masks including Catboy, Owlette, Gekko, and Luna Girl from 22 June to 11 July and Angry Birds from 12 July to 4 August. Daily stage shows and interactive workshops will be conducted for the entire family to enjoy.

It is hosting ‘Justice League’ the famous licensed superheroes show this summer. You can join Superman, Batman, Wonder Woman and The Flash on a journey to defend the earth from June 27 to July 6.

The longest running comedy night returns this DSS with different shows including Movenpick JBR on June 13, Grand Millennium Barsha Heights on June 14, TRYP by Wyndahm on June 20 and Hilton Dubai Jumeriah on June 21. All shows start at 9:00pm, tickets start at Dh140.