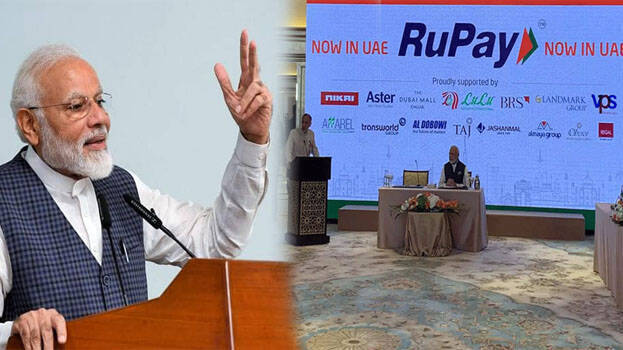 Indian expats and tourists will now be able to use their homegrown card payment network outside India. As a popular destination for Indian tourists and accommodating the largest population of expats, the UAE is a naturally relevant market for RuPay as it expands its international presence. While the UAE will start issuing RuPay cards as early as next week, it will enhance the mobility of globe-trotting Indians and provide a host of benefits to Indian expats in the emirate. Moreover, this will also mark RuPay’s third international debut in 2019, following Bhutan and Singapore.

India’s payment card was introduced in 2012. Devised to promote the use of electronic payments, it became a lower-cost alternative to Visa and Mastercard in India. Eventually, it was rapidly adopted by 500 million people in its home country and has expanded to other countries as well including Singapore and Maldives. The launch of the RuPay in UAE will connect the payment network of both countries. It will boost financial independence and help the two million Indians who annually travel to UAE on an average. Also, trade and investment from UAE companies into India is expected to cross $100 billion by 2020.

RuPay is Cheaper and Affordable

The UAE is the first Gulf nation where Indian RuPay has been launched. About 21 major business groups in the emirate have accepted to use RuPay as a mode of payment and 5,000 ATMs in the UAE will soon start accepting the payment card. It can be used at 175,000 point-of-sale terminals across the UAE. As the Indian cash card charges very less transaction fees, as low as one-tenth of what other card giants charge in UAE, RuPay is sure to benefit Indian expats. Its domestic cards will also be accepted with a new MoU to establish a technology interface between the payment platforms in India and the UAE.

The RuPay card comes to UAE!

PM @narendramodi makes a special purchase, which he would offer as Prasad at the Shreenathji Temple in Bahrain tomorrow. pic.twitter.com/x4WTt1fm8P