La Mer, a beachfront development in Jumeirah, Dubai, will get a new name and become a new lifestyle destination with new eateries, some of which will be international chains making their UAE debuts. Numerous well-known eateries have called La Mer home, including the famed burger joint Salt and the Asian eatery PF Chang’s.

The beachside establishment, which has since closed for construction, will be replaced with the new name, according to Merex Investment, the company in charge of managing La Mer. With plans to open by the end of next year, J1 Beach will replace La Mer as a day-to-night beach resort.

What is coming at J1 Beach?

Merex stated that it wants J1 Beach to be a premier beach resort with upscale dining and bar options. There will be valet parking, green walkways, and golf cart shuttle services available. A waterfront reception welcomes visitors who are traveling by boat as well.

“We firmly believe that the addition of the day-to-night seaside lifestyle experiences and restaurants will reimagine the way visitors enjoy interactive and new elevated choices,” Shahram Shamsaee, chief executive of Merex, said.

Merex named three companies that will be present at the new resort: Gigi Rigolatto, Baoli, and Sirene Beach by Gaia. At J1 Beach, ten additional restaurants are anticipated to open.

With locations in Saint Tropez, Paris, and Val d’lsere, Gigi Rigolatto is bringing its beachside experience to Dubai all the way from France. A restaurant with two terraces, a garden, a Bellini bar, a swimming pool, a children’s circus, and a wellness area will all be included. Additionally, guests get immediate access to the beach from the location.

Another venue is Baoli, a retreat-style space “inspired by the beautiful stepwell baolis in India” its founder Sanjeev Nanda said. The restaurant, which also has branches in the US and France, will offer modern Japanese cuisine.

The third establishment is Sirene Beach by Gaia, a locally developed offshoot of the Greek-Mediterranean eatery Gaia.

Photos of the interior of Aya, a new “experiential park” in Dubai 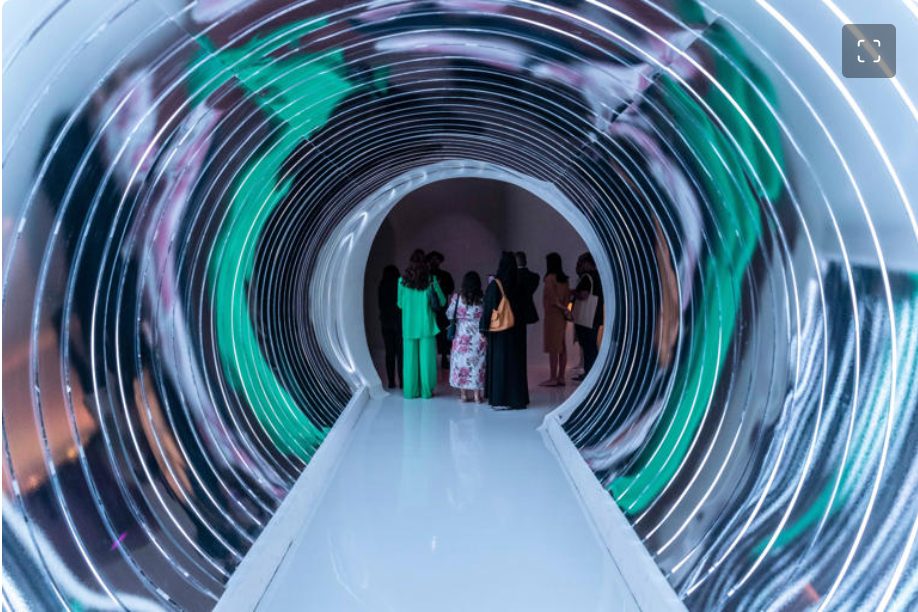