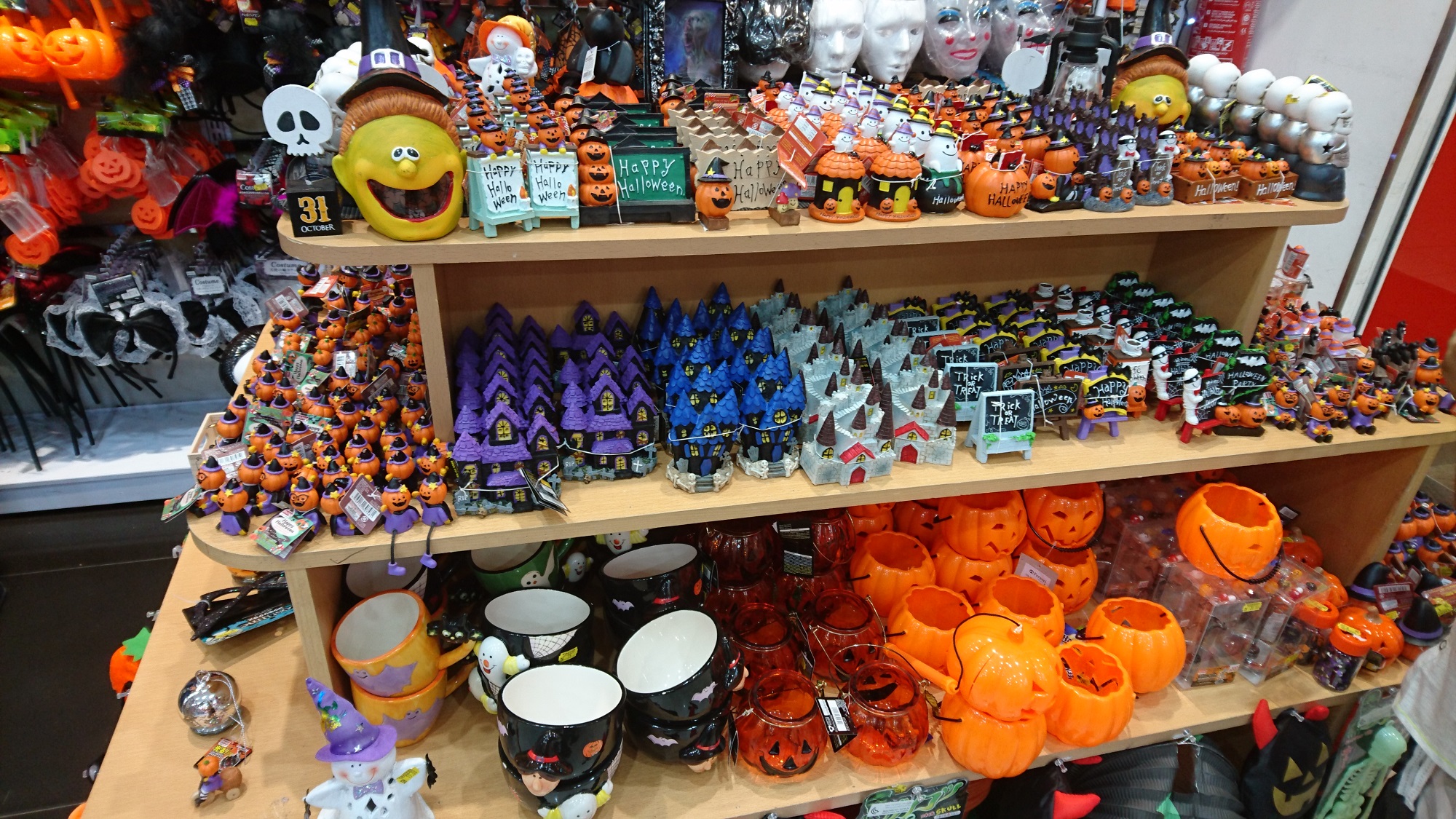 It might be creepy, it might be full of freak, but you will never know if you don’t show up at Halloween’s celebrations in Dubai.  Get immersed in the ultimate haunted experience as the city turns child-like with numerous haunting fun events, and spooky entertainment programs. The sheer range of Halloween mystery parties, scary art workshops and costume competitions around the city is truly amazing. So if you are after killer tunes, frightful fancy dress contests and some ghoulishly good deals look no further. The city goes all out this Halloween to entertain you and your family, so here is a list of most sought-after fabulous Halloween celebrations in Dubai.

This Halloween the Blue Marlin Ibiza’s beach will be transformed into a “dystopian playground”. Inspired from the desert festival Burning Man, . Enjoy a day at the beach and then change into your Halloween attire, or come along later. Expect extravagant outfits, themed décor, and international DJs who will take to the beach in Ghantoot, bringing rise to a spiritual energy. DJs Hosh and Lehar will take to the decks on the terrace supported by resident DJs Frederick Stone and Jixo & Danz.DJs Hosh and Lehar, Frederick Stone, Jixo & Danz, Jean B and Aidin Karami will entertain throughout. 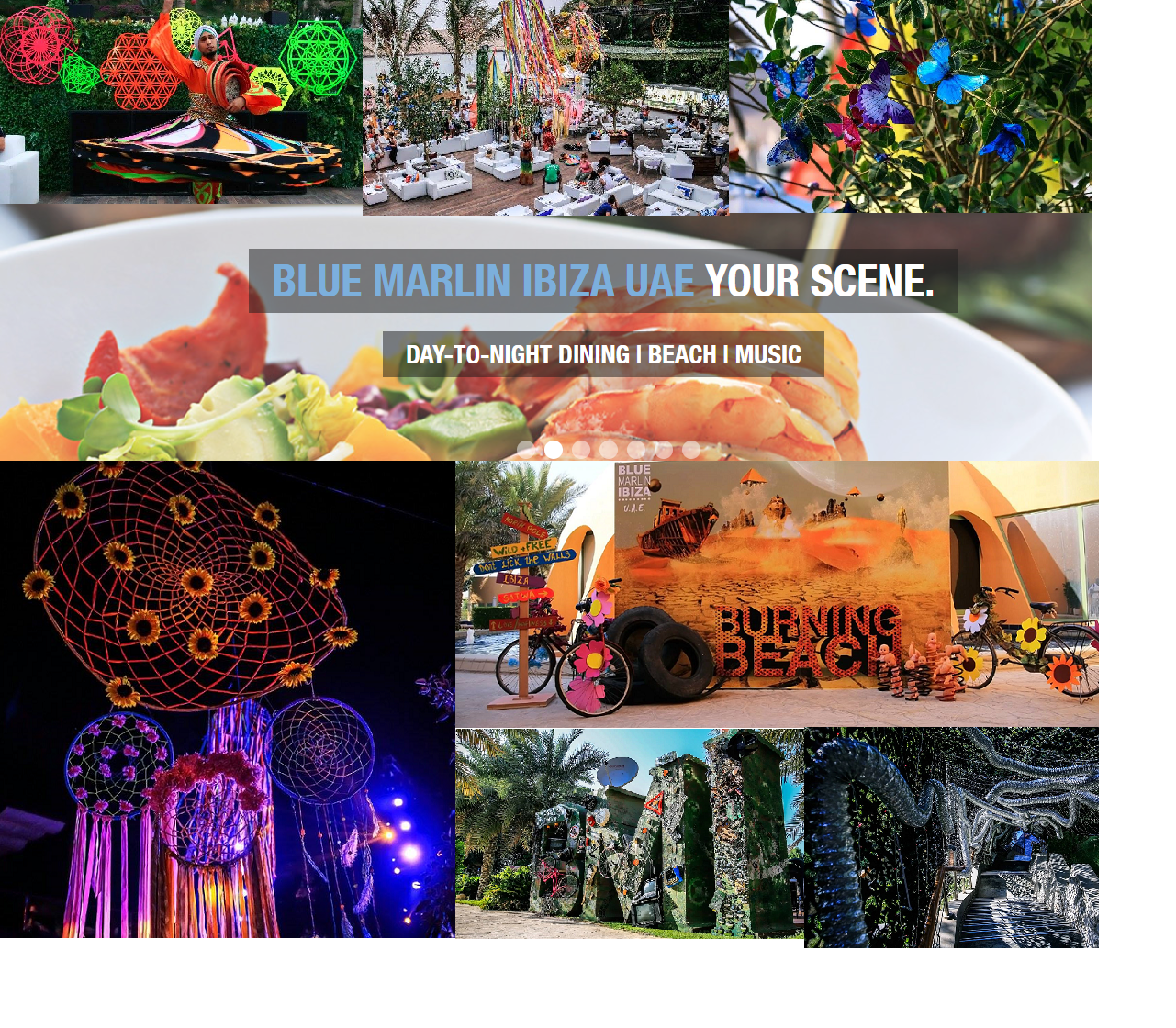 Your favourite Polynesian bar is hosting a 4-day extravaganza in celebration of Halloween. It’s not just any party, the special Rocky Horror Show Tiki theme is an interesting one.  Filled with squeaky fun events from live music to bloody shots and ghostly dishes, guests arriving before 9pm will be treated to “spooky” pint-sized drinks while those arriving in costume will be offered special themed mix. On Tuesday 31, there is a ladies special night of free-flowing wine and cocktails till 1am, and performances by the Mahiki Honeys to Rocky Horror hits. 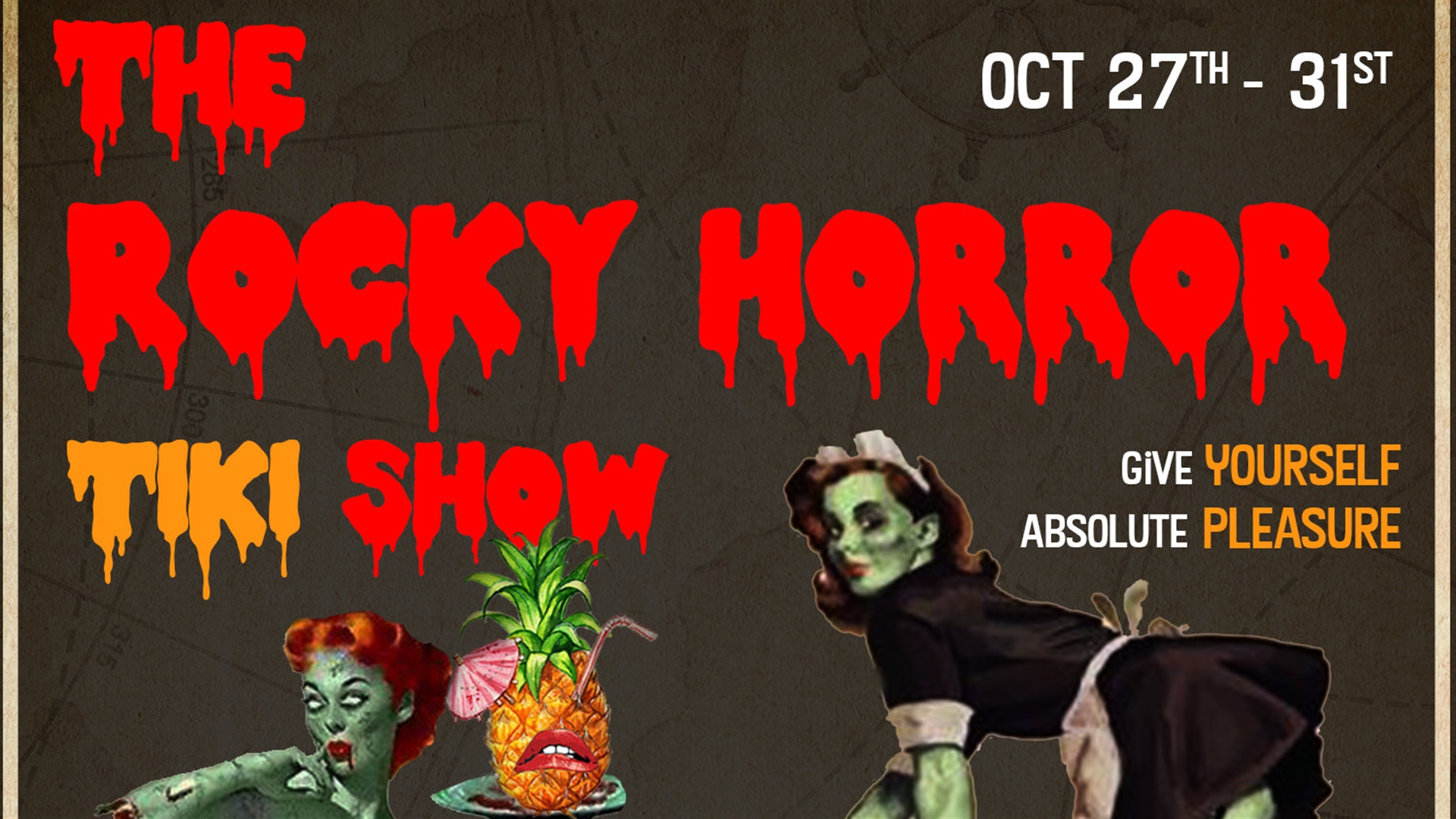 DIFC lounge 7 Elephants is throwing an old school Halloween themed party this year. The chic al fresco venue in DIFC will be transformed into a gothic style wonderland and guests are welcome in outlandish costumes in memory of their much-loved old school villains. With a night full of throwbacks to horror movies from the ’80s and ’90s, special drinks and food are also offered, so get dressed up and head along. 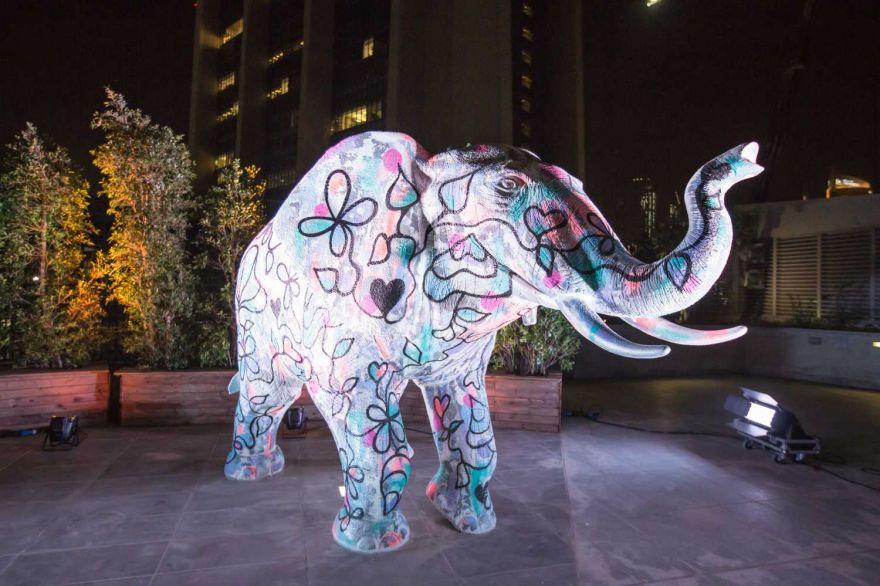 360 will be dressing up for 6 nights of spooky celebrations. Things will kick off with their recently re launched 180 banquet, which comprises unlimited house beverages and finger licking platters of pan-Asian nibbles such as sumptuous dim sum, sushi and innovative bar snacks for Dhs295. Special creepy cocktails suitably named Trick or Treat, Lychee Eyeball Martini and The Witch’s Heart will also be offered during the six days of celebration.

The Halloween-themed concert is starting on October 27 and is all about the monstrous beats and rhythmic sounds of the musical ghosts and goblins– when bands like Gorillaz, singer Carly Rae Jepsen and Lebanese-Canadian R&B/pop singer Massari perform. If you fancy good music and a spooky atmosphere then you need to head to Autism Rocks Arena for an unforgettable Halloween party in Dubai. You can embrace your inner Goth or dress to spook up.

Death in the Distillery at Copperdog

You are invited to a murder mystery-themed evening happening at Copper Dog where guests will team up and solve the mystery of the ‘Death in the Distillery’ through a series of facts distributed throughout the evening – and the winning team gets a jug of signature Apple Dog. There are number of other spooky attractions like apple bobbing and creepy signature dishes, and of course Halloween-themed pumpkin pie.

Nasimi Beach will be altered into a midnight scary show underneath the stars, featuring creepy circus acts, carnival freaks and wacky clowns. Guests will enter a kinky carnival complete with eerie performers passing out magic drink cards from under their hats, which partygoers can then swap for complimentary drinks at the bar. You can groove in to the live performances of British DJ and producer, Danny Howard who will set the mood with his chart-topping hits.

Halloween Night at The Irish Village

The city’s beloved Irish hub is hosting a free party that the entire family can attend. Expect a day filled with Halloween themed games, live entertainment – DJ Marky Mark will be on deck and costume competitions.  It’s free entry, child-friendly until 9.30pm, and there will be prizes for the best-dressed male, female and child as well as ‘fantastic’ Halloween games for all. 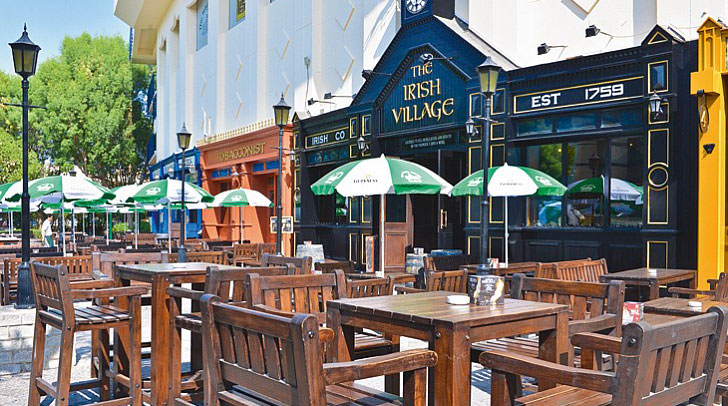 The House of Horrors Brunch at McGettigan’s JLT

McGettigan’s JLT will be transformed into a haunted beach club full of ghostly things and wild screams. Besides the décor, it’s the costumes and specially designed spooky brunches that will really make this party omissible. So come dressed in your best costume and you might win some of thousands of dirhams-worth of prizes up for grabs, true McGettigan’s style. There will also be a band performing and a resident DJ later that evening. For all the brunch goers, a special Halloween-themed brunch is offered during the day from noon until 5pm. 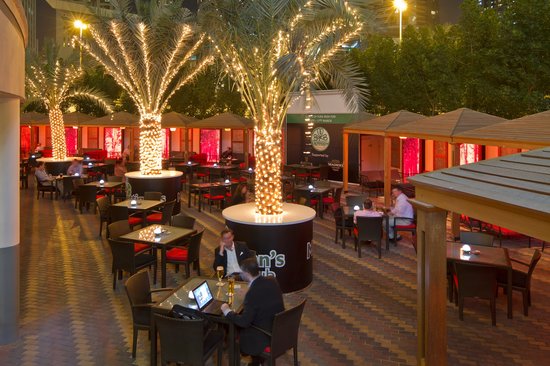 Mr Miyagi’s is hosting a haunted house. Spooky street food will be served till October 31st. The scary menus include spooky dishes like deviled artery eggs, chicken feet, salmon and avocado sushi brains. On Friday, the Haunted Horror Show Brunch, the best costumes will win two brunch tickets and an extra house of drinks for after-brunch.

Halloween Special at The Aftermath

The Aftermath, the after party for the increasingly popular We Brunch, will host the spooktacular event. There will be a Halloween makeup artist available on the evening to help you with underwhelming spook up selfies.

If you are yearning for a freaky night packed with scares and thrills where you can dance away all night, then you must check out Zero Gravity. On October 26th, Zero Gravity will be completely transformed into a haunted beach club full of creepy things that go bump in the night. Apart from the spooky décor, it is the costumes that come through the door that really make this party omissible, with up to Dhs50,000 cash prizes to be won for the best costumes. 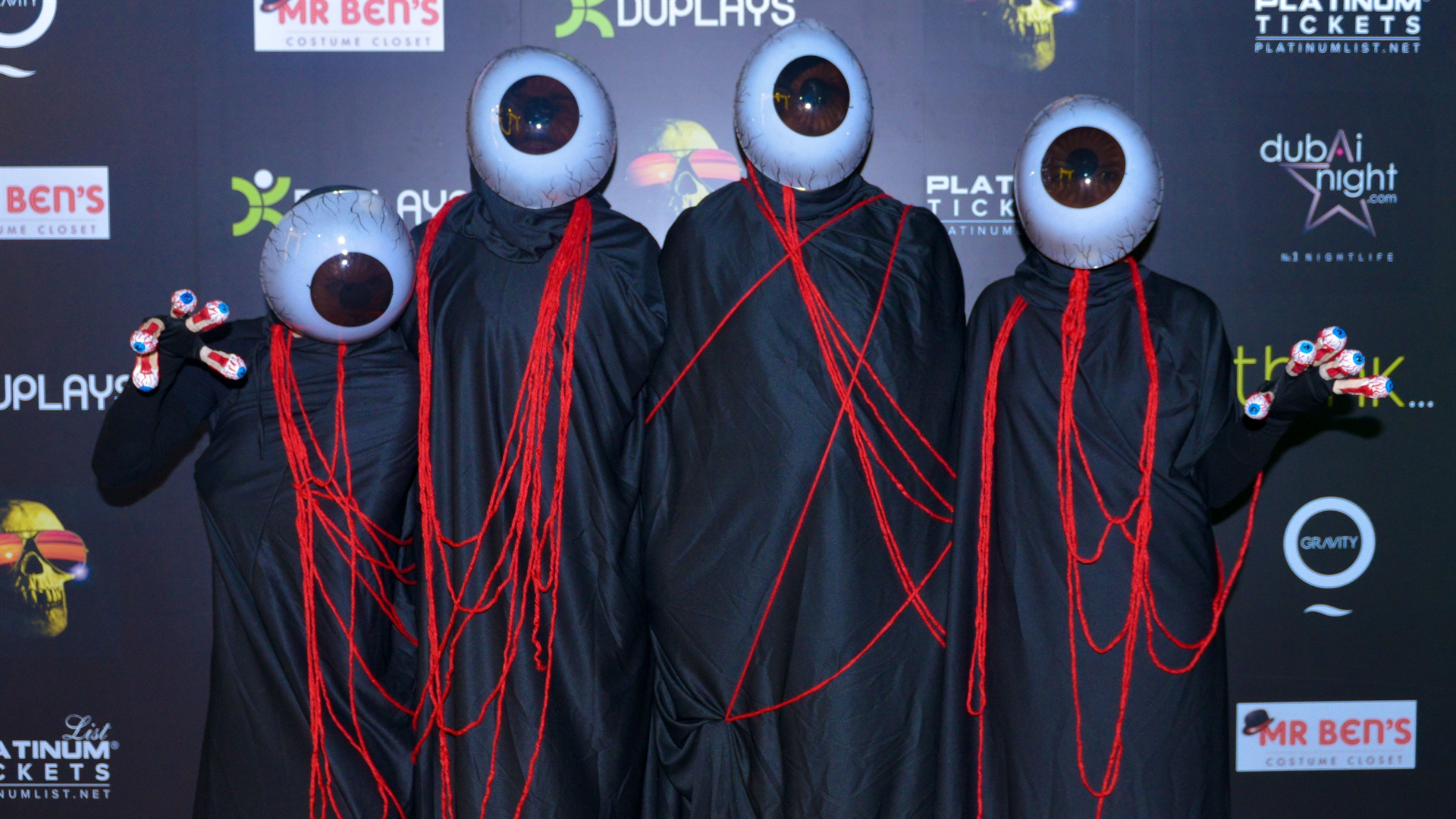 There are also fun events for children in Dubai. Kids, between 3 and 12, are invited for a spooky workshop of monster cookie making, squeaky dance performances and creepy crafts.

If you fancy great music and a spooky ambience then you must head to Autism Rocks Arena for a memorable Halloween party in Dubai. It is expected to be one of the biggest Halloween events this year with live rocking performances of Stormzy, Gorillaz, Carly Rae Jepsen and Massari. Expect to see some great costumes, light effects and of course, some mesmerizing acts. 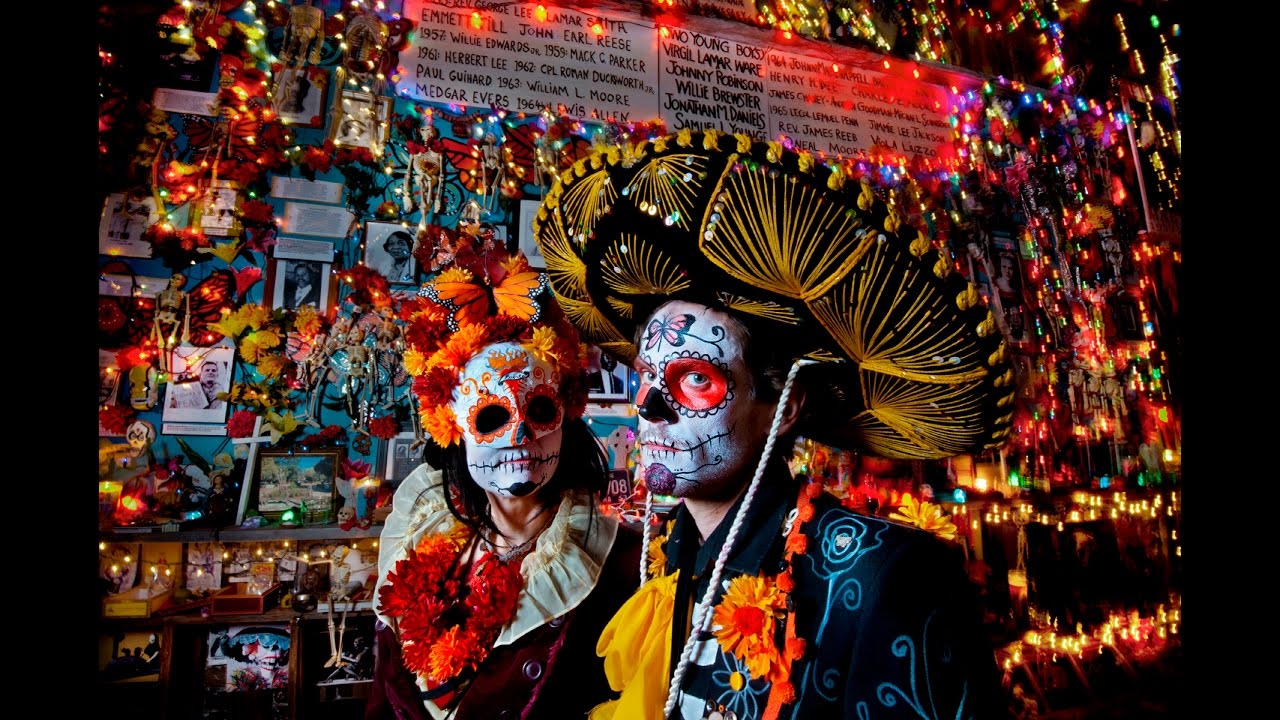 When your venue is notorious for embracing everything “weird”, you’re going to be throwing quite the party for Halloween. And, that is precisely what Cirque le Soir plans to do. For 3 days the captivating venue will be upping the ante with its live entertainment and special performances. Dressing up is highly recommended. 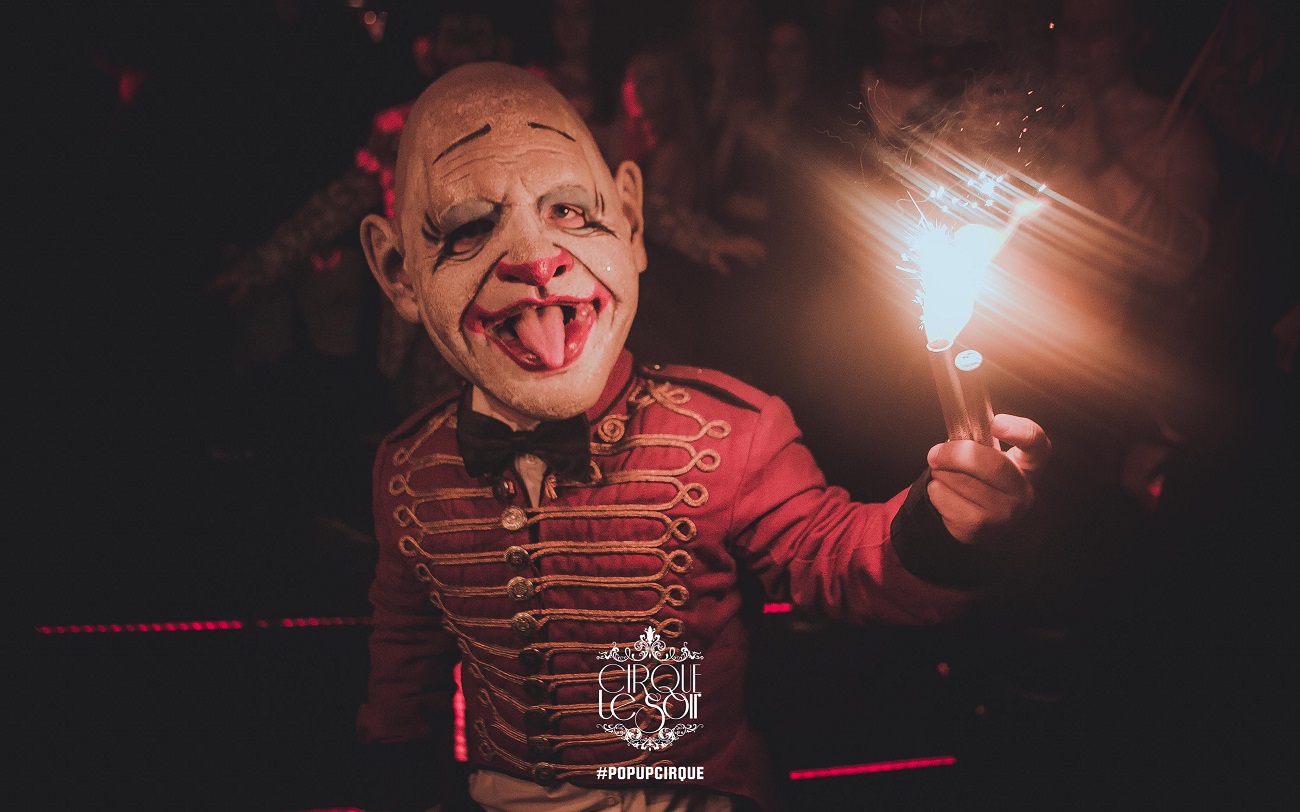