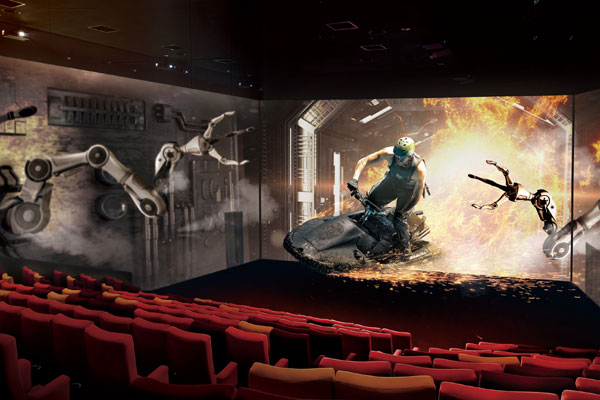 While most of us have enjoyed movies on a single screen, have you ever watched a blockbuster hit on multiple screens? Time for a change; head on to Dubai Mall’s Reel Cinemas. Movie buffs here are amazed to watch their favourite flicks at 270-degree ScreenX, the world’s first multi-projection system that provides a 270-degree panoramic film viewing experience within a theatre setting.

Screen X at the Dubai Mall 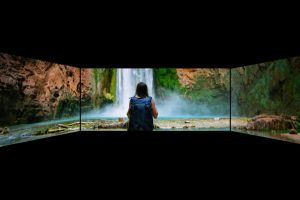 Created in 2012, ScreenX is the world’s first multi-projection system used within a theatre setting. Launched by CJ CGV, part of South Korean conglomerate CJ Group, it is one of the “next cinema formats” along with 4DX, which incorporates motion and environmental effects. Dubai’s Reel Cinemas had partnered with South Korea’s CJ 4DPlex to bring the first ever ScreenX in the Middle East. The 170-seater cinema at the Dubai Mall, boasts of a 270-degree screen, which wraps around three of the cinema walls, leaving movie-goers feel like they’re part of the film at times. The films are adapted to suit the screen, and although not all of the films are shown in the 270-degree format, some parts can really leave viewers feel thoroughly immersed. No wonder, ScreenX delivers unmatched cinematic experience. 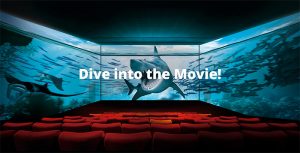 ScreenX utilizes a proprietary system that expands images of feature films and pre-show advertising and creates an immersive, panoramic, 270-degree format projected onto three walls of the theatre. While doing so, specific sections of the footage shown are expanded to produce an immersive image that brings new meaning to the term ‘widescreen’. Moviegoers can enjoy a stunning 270-degree panoramic film viewing experience, beyond the frame of the movie screen.